What we'll do with your plan

We'll plot the extent of the croft as depicted on the crofting application plan onto an extract of the OS Map, this plan will form the basis of the Crofting Register plan.

There is a legal requirement to use the OS map as the basemap for the Crofting Register and we will use OS Mastermap Topographic Layer as the basemap for the register. This large scale mapping layer provides a highly detailed view of Britain’s landscape including individual buildings, roads, areas of land, etc.

In crofting areas 84% of the land mass is captured at 1:10,000 scale. OS is progressively improving the overall currency, accuracy and consistency of its mapping in these areas. In particular, there is an evolving rural revision programme to upgrade areas currently mapped at 1:10,000 scale, thus removing much feature generalisation and delivering data that is more compatible with modern positioning technologies.

Working with the OS map

If you are using an extract of the OS map for your application plan and are aware that the OS map is incorrect, then please indicate this on the application plan as shown on figure 14. OS will pick any discrepancies up in due course as part of their general update programme. 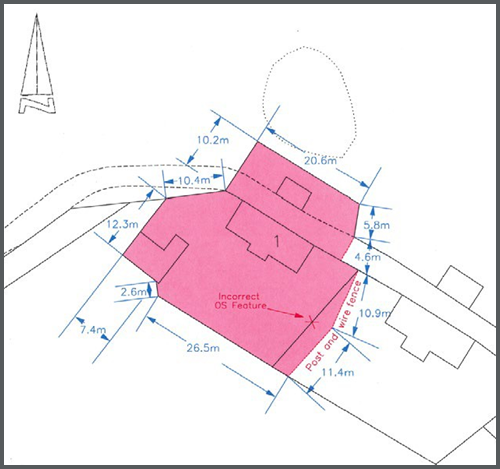 There may also be occasions where the one or more of the boundaries of the croft include a feature that no longer exists on the ground. In cases such as these it should be made clear on the application plan being submitted what the true extent of the boundary in question is. It is important to ensure that the Crofting Register reflects the legally entitled extent of a croft and not just the occupied extent. This will ensure that areas of ground do not fall outwith crofting tenure. This point is illustrated in figure 15. 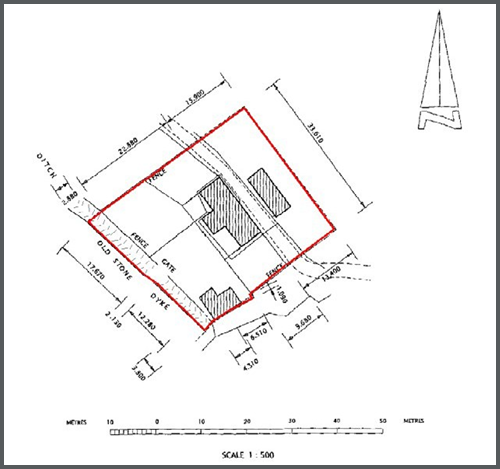 Measurements and descriptions of specific boundaries can replicated onto the crofting schedule plan as shown on figure 16. Please that they will not show on the online register but will also be verbally described in the notes section of the croft registration schedule. 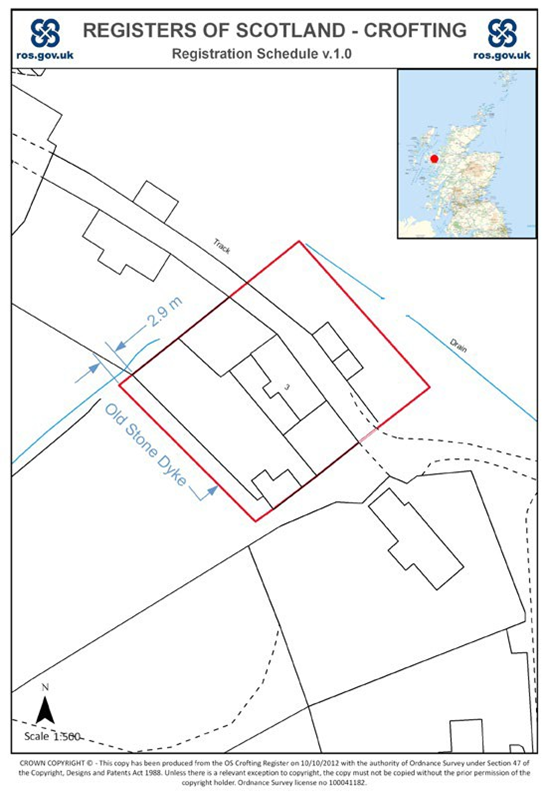