As displayed on figure 17, the crofting certificate plan for the majority of individual crofts will be A4 size and will show the extent of croft displayed against the Mastermap topographic layer. Certificate plans equal to or smaller than A3 will be produced at 1:1250, 1:2500, or 1:10,000 scale dependant on whether they fall in urban, rural and mountain/moorland areas. Plans prepared for crofts in these areas should be adequate for the corresponding scale. 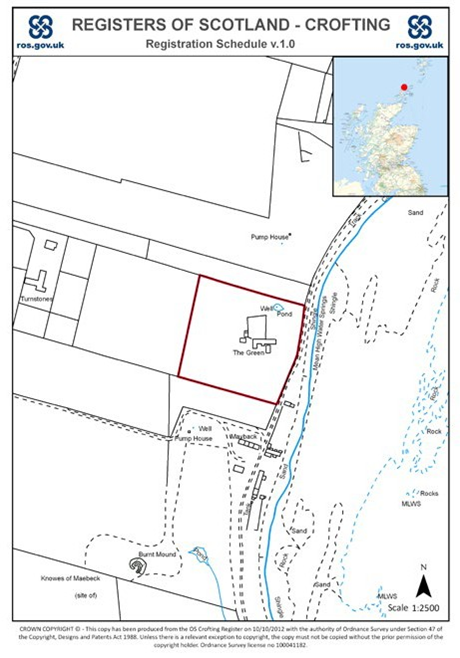 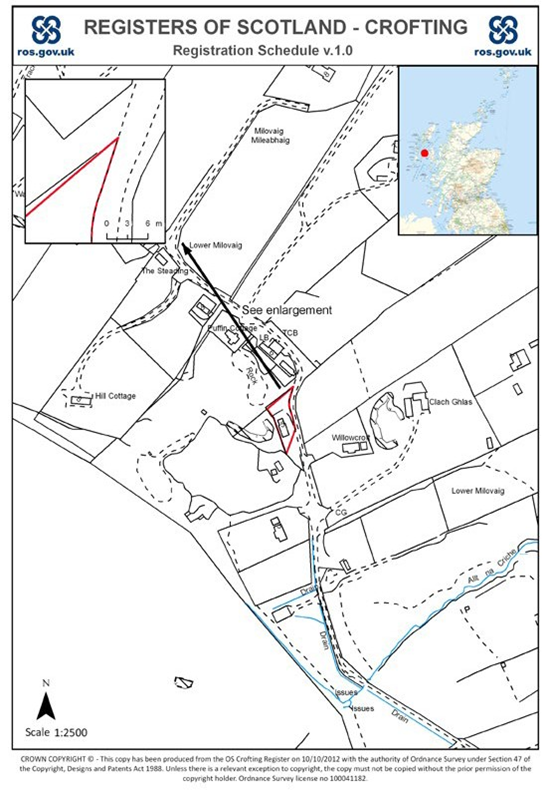 The average size of a common grazing is 596 hectares, with the largest comprising 10,899 hectares. It would be impractical to provide a plan for the crofting schedule for those areas using large-scale OS mapping as shown on figures 16, 17 and 18.

In order to limit the size of crofting schedule plans to a single A3 page, the larger common grazings and land held runrig will be displayed against OS raster mapping such as 1:25,000 which is used in OS Explorer series. 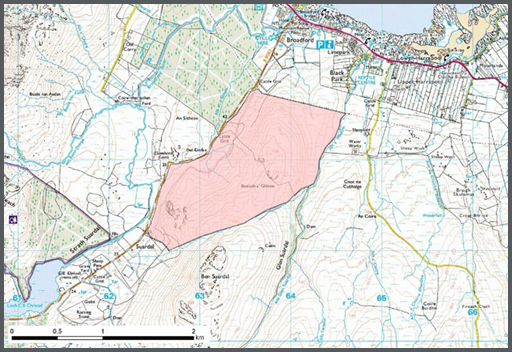 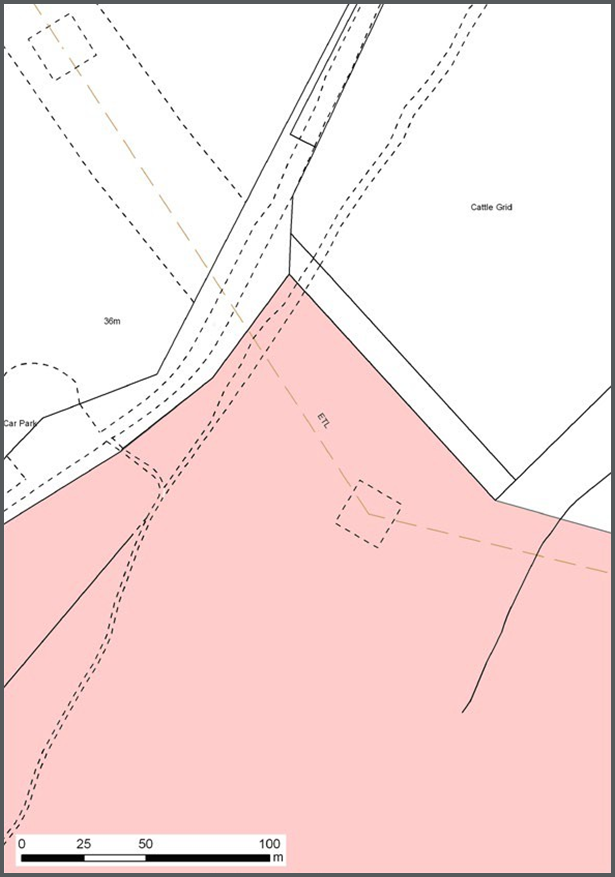 What we'll do with your plan